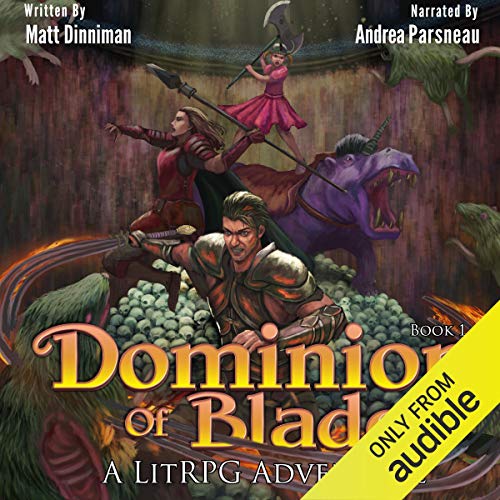 For over 30 years, Dominion of Blades has been the hottest online role-playing game in the world. Any gamer with an immersion rig can enter the world of sword and sorcery, of goblins and dragons, and they can hack and slash their way to glory. But the game is too real for some, and after an epidemic of real-life fatalities, public use of the immersion technology has been banned, causing the game to be shut down.

Jonah wakes to find himself in-game, level one, with no memory of how he arrived and no way to eject. With only two companions, trapped in a world that once hosted millions, Jonah must battle his way across a treacherous landscape, fighting virtual monsters, all too real pain, and a very human enemy in a desperate bid to survive.

Protagonist to stupid to live

Constant idiocy makes you root for the enemy to put him out of his misery and end it.

This is the best Litrpg i have read in a long time, very original building a extremely compeling story that i just could not stop listening to. I can not wait for the next book, I would recommend this book to long standing Litrpg and fantasy fans and people just starting out in the genre both.

The world and the characters are awsome. Sadly they can't take the time to explore the world because they have to rush for good reasons.