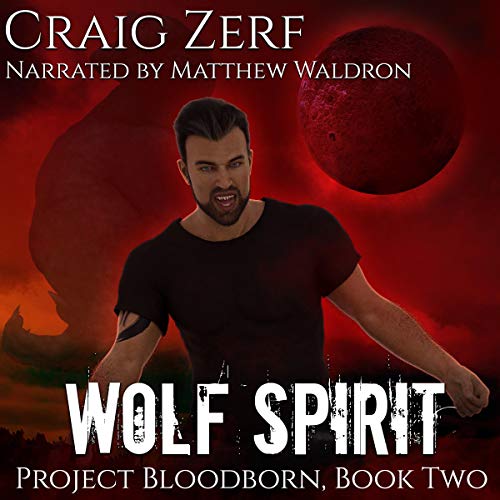 The adventure continues - Brenner is not a werewolf....

He is the result of a secret US Army experiment. The creation of a government controlled Super Soldier.

And no one asked if he wanted to take part.

So, he escaped. And for the last 50 years has been living in the back roads and the small unknown towns of America. Never aging. Searching for a cure. At the same time, avoiding the dark ops experts who are looking for him.

But just because he can become a seven-foot, 400-pound killing machine, it doesn’t mean that Brenner is bad. In fact, he sticks to a strict code.

And like the High Plains drifters of old, anyone who crosses the Wolfman’s code is sure to suffer.

They took his humanity...and now it’s time for payback.

“I was looking to create a character that brought to mind the high plains drifters of old. A Western hero that rode into town on a dark horse, delivered justice and retribution in equal measure, and then rode off into the sunset. A modern-day gunslinger with a dark secret. I hope that I did the premise justice.”

Scroll up and buy now.

Project Bloodborn is a shapeshifter, werewolf series. It should be popular for all those searching for urban fantasy, vampires, ghosts, magic, and psychics.