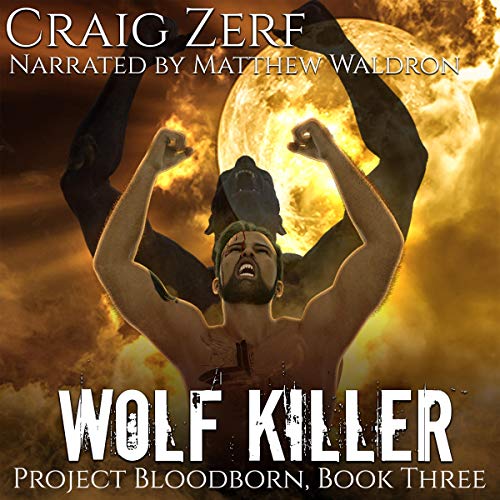 It’s hard enough being a werewolf. But it’s infinitely worse when you have to spend your whole life on the run, hiding from the US Army.

During the Vietnam War, in a secret lab, the United States Army turned sergeant Brenner into a werewolf. The ultimate super-soldier.

But they didn’t ask him if he wanted to take part. So, he escaped.

Now, years later, desperate to cure his affliction, he wanders the small towns of America, looking for a cure.

Every full moon, he has to chain himself up to stop becoming a weapon of mass destruction. His only friend is a 75-year-old Vietnam vet, and he lives with the constant fear that one day, the beast within will break free.

But despite his pain, he is still ready to deliver justice wherever it is needed.

A modern-day gunslinger with a dark secret. A high plains drifter on a steed of steel.

Because someone has to protect those who can’t protect themselves.