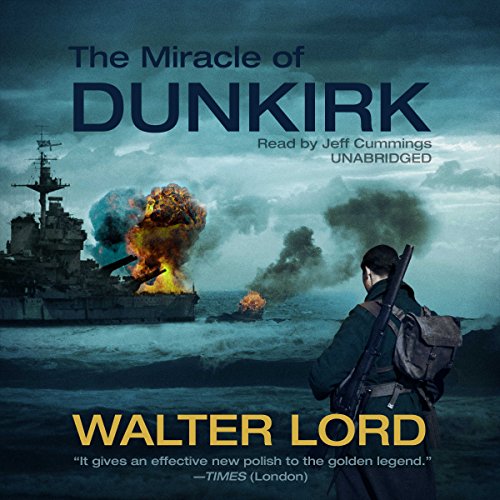 The Miracle of Dunkirk

The full inside story of one of the golden moments of World War II.

On May 24, 1940, Hitler's armies were on the brink of a shattering military victory. Only 10 miles away, 400,000 Allied troops were pinned against the coast of Dunkirk. But just 11 days later, 338,000 men had been successfully evacuated to England. How did it happen? Walter Lord's remarkable account of how "the miracle of Dunkirk" came about is based on hundreds of interviews with survivors of all nations who fought among the sand dunes of northern France.

"Walter Lord is a master of historical narration, compelling his reader to feel as if he were present...as a participant in the events described." ( The Wall Street Journal)