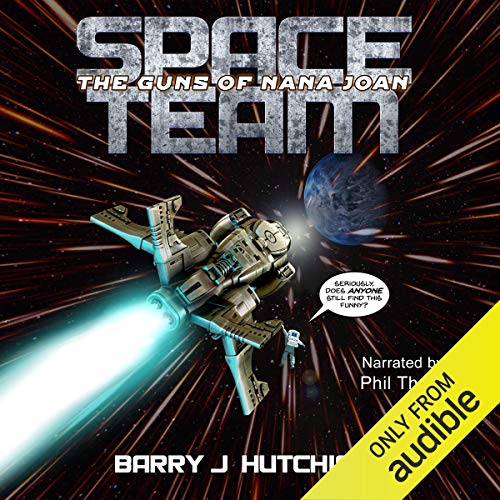 "This series just keeps getting better and better!" - PRBC, Amazon

The galaxy is at war, and Space Team just can't seem to stay out of trouble. Following one close-call too many, the team hides out on a tiny backwater moon, hoping the hostilities between Zertex and the Symmorium will all just blow over.

But when first officer Loren's brother is taken prisoner and sentenced to death by the Symmorium, Cal and the others must make a choice - a choice that could spell the end of Space Team forever....

Packed with space battles, giant robots, and a dangerously obese man being sponged down with soup, The Guns of Nana Joan is the hilarious fifth book in the Space Team saga.