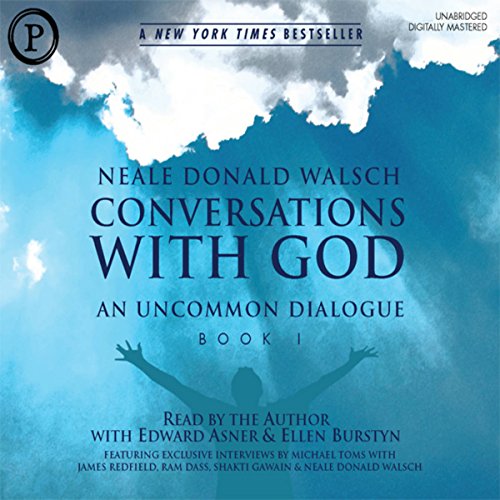 Suppose you could ask God the most puzzling questions about existence, and God would provide clear, understandable answers? It happened to Neale Donald Walsch. Conversations with God is Walsch's account of his direct conversations with God, beginning in 1992 while Walsch was immersed in a period of deep depression. He composed a letter to God in which he vented his frustrations, and much to his surprise, even shock, God answered him.

Focusing on the universal truths that influence all life, Conversations with God offers a picture of the way life could be better. The dialogue challenges us to push past the imagined boundaries of what we believe ourselves capable of and look instead to all that we can attain as cocreators with God.

Neale Donald Walsch lives with his wife, Nancy, in southern Oregon. Together they have formed ReCreation, a nonprofit foundation for personal growth and spiritual understanding with the goal of giving people back to themselves. Walsch lectures and hosts workshops throughout the country to support and spread the messages contained in Conversations with God.

Award-winning actor Edward Asner is best known for the television series Lou Grant. Ellen Burstyn's film roles have established her as one of the greatest modern actresses.