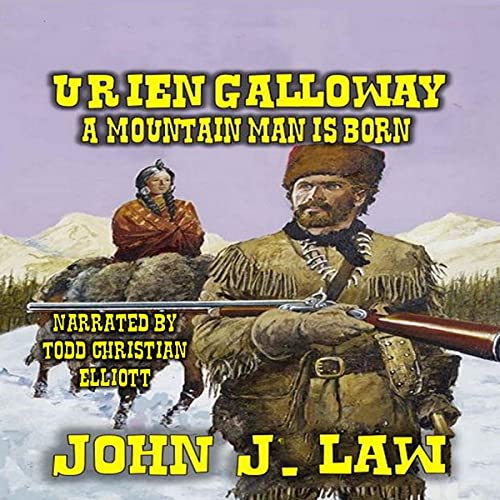 Ezra Galloway was a mountain man, a trapper, and trader. He and his partner, Jonah Woodrow, had set up a small trading post. One of their best customers, and friend, was an Indian by the name of Le Renard Rapide, or the Swift Fox. During their visits, where the "liquid fire" was usually consumed by the men in great quantities, Ezra and Jonah would often ask Le Renard to recant to them the story of the great gauntlet, the coming of age ritual for young braves within Le Renard’s tribe.

During one such visit and the recanting of the Indian’s tale, a little too much "liquid fire" had been consumed. Ezra, a generally mean tempered man, began to taunt Le Renard and suggest that his coming of age story was more of a tall tale. With the whiskey consuming his better judgement, Le Renard overreacted and killed Galloway. As an act of revenge, Le Renard was then shot and killed by Jonah.

Elanor Galloway was with child when her husband, Ezra, was killed. As per his request, she named his last son Urien. Having been less than happy with the way his eldest son had been born such a sickly child, Ezra had held high hopes for the newest son, Urien, that the child would become a hunter and trapper, following in his father’s footsteps.

The French and British began to war between themselves and everyone not from either country was caught in the middle. The tribe to which Le Renard had belonged took sides with the French and helped to attack the trading post. Urien was 15 at the time and proved himself to be a skilled fighter. Captured by the tribe, young Urien was spared from death and allowed to run the gauntlet himself. Hated by the chief’s son, Urien proved himself to be more than a great warrior, he proved himself to be an honorable man. Urien would continue to live with and learn from the Indians, and go on to become a great trapper and hunter, a mountain man, like his father.