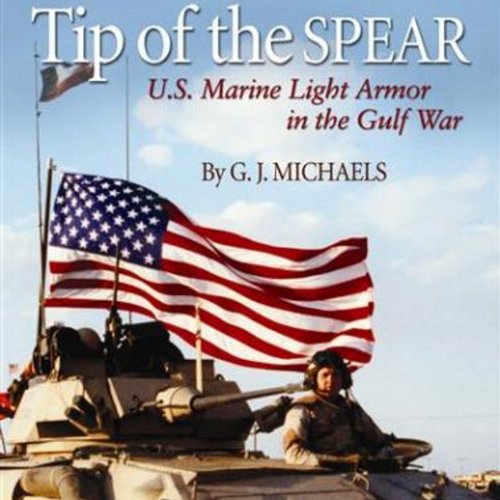 Tip of the Spear

Tip of the Spear

Images of U.S. Marines assaulting Pacific beaches in World War II have stereotyped the service's roles and personnel for more than 50 years. This frank firsthand account of Marines sweeping over sands of a different sort in fast armored vehicles retires that popular legend and recasts the Corps as the modern, professional fighting force it was in Desert Storm. Battling a savage environment; an unknown enemy brandishing threats of nuclear, gas, and biological attacks; and a host of technological and tactical snafus, Alpha Company of the 1st Light Armored Infantry Battalion pushed forward at the "tip of the spear" past burning oil fields, hundreds of Iraqi tanks and vehicles, and heartrending friendly casualties to help liberate Kuwait City and drive the Iraqis back to Baghdad. Here G. J. Michaels, a section leader and vehicle commander, provides a vivid, personal chronicle of events as they unfolded. Michaels further draws on his 13 years of LAV experience to examine lessons learned from the war as well as its controversies, including the confusion over use of the LAV as both recon scout and infantry support and the lack of effective identification/friend-or-foe systems.