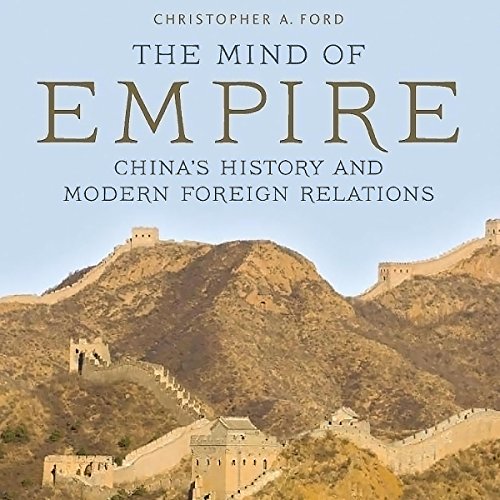 The Mind of Empire

The Mind of Empire

With an economy and population that dwarf most industrialized nations, China is emerging as a 21st century global superpower. Even though China is an international leader in modern business and technology, its ancient history exerts a powerful force on its foreign policy. Christopher A. Ford expertly traces China's self-image and its role in the world order - from the age of Confucius to today. Ford argues that despite its exposure to and experience of the modern world, China is still strongly influenced by a hierarchical view of political order, and is only comfortable with foreign relationships that reinforce its self-perception of political and moral supremacy.

Recounting how this attitude has clashed with the Western notion of separate and coequal state sovereignty, Ford speculates and offers a warning about how China's legacy will continue to shape its foreign relations. Artfully weaving historical, philosophical, religious, and cultural analysis into a cohesive study of the Chinese worldview and explaining its relevance, Ford offers a unique perspective of modern China.

The audiobook is published by The University Press of Kentucky.

"The Mind of Empire is an ideal guidebook for contending with the People's Republic: a scholarly analysis of Chinese history written with considerable authority and flair, and a sobering account of what dealing with Chinese power and ambition means to us - and, especially to them." - The Weekly Standard.

"A much-needed and an erudite contextualization... [this audiobook] will benefit immensely those interested in the history and strategic culture of China's foreign policy." - The China Quarterly.

"With impressive zeal, [Ford] works his way through the canon of Chinese political philosophy." - The New York Review of Books.