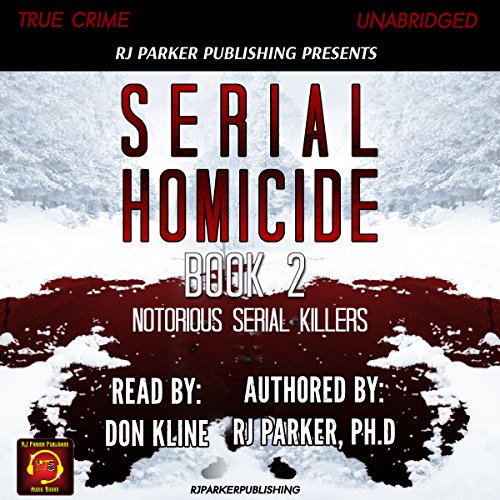 Serial Killers are hunters that prey upon fellow people. It is not uncommon for them to torture and rape their victims. They are sex offenders, rapists, child molesters, and some are even cannibals. They thrive on their victim's showing of fear which makes them feel the power of dominance and control.

This is the second book in the Notorious Serial Killers series that features three male and three female serial killers.

Between 1972 and 1978, John Wayne Gacy killed at least 33 boys and men in Illinois, of which, 26 bodies/skeletons were buried in the crawl space under his house.

Also known as "Bind, Torture, Kill" because of his methods of killing, Dennis Rader killed 10 people in Kansas between 1974 and 1991.

Edward Gein was a body snatcher and serial killer from Wisconsin. He would make items from corpses: lampshades made from facial skin, bowls made out of skulls, wastebaskets made from human skin.

Aileen Wuornos killed seven men in Florida between 1989 and 1990. She initially claimed that her victims had raped her while she was working as a prostitute. She later confessed that this wasn't true.

Between 1895 and 1901, Jane Toppan, a Nurse in Boston, killed at least 31 people using mixtures of drugs such as morphine and Atropine. Usually female serial killers murder for profit, Jane killed for sexual gratification.

Nannie Doss was a Black Widow serial killer who killed 11 people including four husbands, two sisters and her mother.