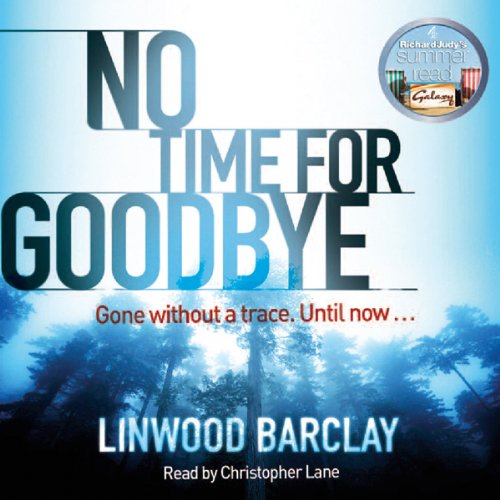 No Time for Goodbye

On the morning she will never forget, suburban teenager Cynthia Archer awakes with a nasty hangover and a feeling she is going to have an even nastier confrontation with her mom and dad. But when she leaves her bedroom, she discovers the house is empty, with no sign of her parents or younger brother Todd.

In the blink of an eye, without any explanation, her family has simply disappeared. Twenty-five years later Cynthia is still haunted by unanswered questions. Was her family murdered? If so, why was she spared? And if they're alive, why did they abandon her in such a cruel way?

Now married with a daughter of her own, Cynthia fears that her new family will be taken from her just as her first one was. And so she agrees to take part in a TV documentary revisiting the case, in the hope that somebody somewhere will remember something - or even that her father, mother or brother might finally reach out to her.

Then a letter arrives that makes no sense and yet chills Cynthia to the core. And soon she begins to realise that stirring up the past could be the worst mistake she has ever made.

A mystery masterpiece is read by a master narrator....Christopher Lane...takes us deep into the perilous journey to find the truth....Lane exploits Barclays breathtaking momentum, building to an edge-of-the-seat climax and superbly portraying every character. ( AudioFile)