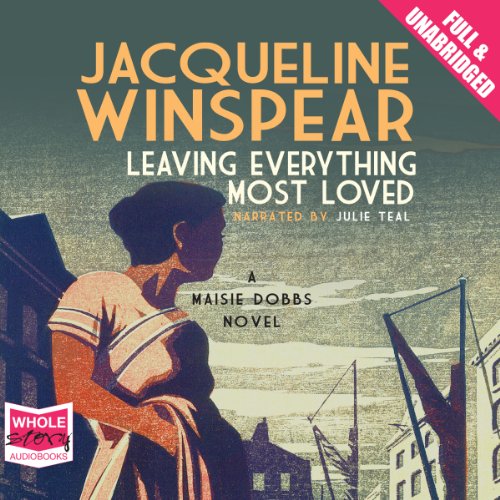 Leaving Everything Most Loved

London, 1933. Two months after an Indian woman, Usha Pramal, is found murdered, her brother turns to Maisie Dobbs to find the truth about her death.

Not only has Scotland Yard made no arrests, they failed to conduct a full and thorough investigation.

When another Indian woman who was close to Usha is found murdered, Maisie is pulled deeper into an unfamiliar yet alluring subculture.

"I'm a huge Maisie Dobbs fan" (Lee Child)
"Maisie Dobbs has not been created - she has been discovered. And what a revelation she is!" (Alexander McCall Smith)
"An absorbing read" ( Observer)