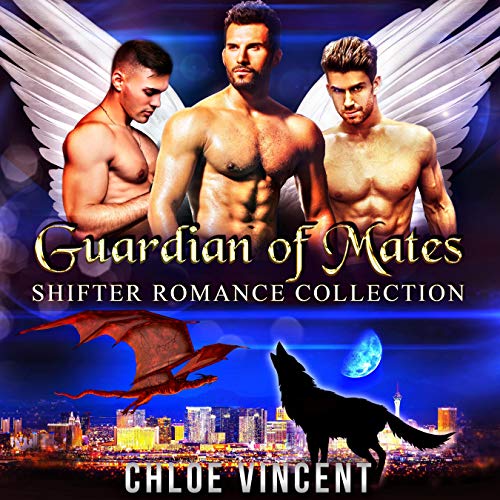 Hold onto your seat...the Guardian of Mates series is sizzlin', fun, and full of action. A total thrill ride!

Be won over by these fiercely hot shifters, the awesome mates they want to fight for, and one badass angel.

Who will be your Favorite?

PLUS, an exclusive story (in this box set only) that features everyone's favorite not-so-perfect guardian angel, Delilah, as she and Katz have their own side adventure when the Angelic Dimension is under attack!

Bad girl given a second chance Delilah is being offered a shot at Redemption for her shady past. The only thing is, she's messed up every job she's been given so far by the Angelic Dimension’s Counsel of Three. Getting unlikely soul mates together back on Earth is her last shot...but man, would she happily take murder and mayhem over the complicated business of love!

Can our lovable, cynical Angelic Agent find a way to accomplish her heart-pumping, seemingly impossible missions for the Department of Soul Matery?

With her sexy, intriguing, supervisoryly agent Katz along for the ride, maybe she’ll even grab a drink and help humankind out along the way....