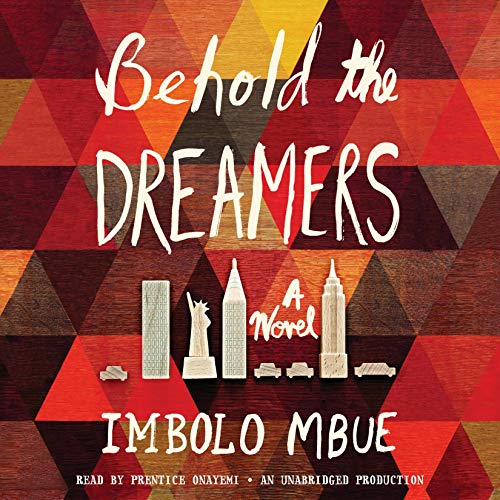 A compulsively listenable debut novel about marriage, immigration, class, race, and the trapdoors in the American dream - the unforgettable story of a young Cameroonian couple making a new life in New York just as the Great Recession upends the economy.

Named one of BuzzFeed's "Incredible New Books You Need to Read This Summer".

Jende Jonga, a Cameroonian immigrant living in Harlem, has come to the United States to provide a better life for himself; his wife, Neni; and their six-year-old son. In the fall of 2007, Jende can hardly believe his luck when he lands a job as a chauffeur for Clark Edwards, a senior executive at Lehman Brothers. Clark demands punctuality, discretion, and loyalty - and Jende is eager to please. Clark's wife, Cindy, even offers Neni temporary work at the Edwardses' summer home in the Hamptons. With these opportunities, Jende and Neni can at last gain a foothold in America and imagine a brighter future.

However, the world of great power and privilege conceals troubling secrets, and soon Jende and Neni notice cracks in their employers' façades. When the financial world is rocked by the collapse of Lehman Brothers, the Jongas are desperate to keep Jende's job - even as their marriage threatens to fall apart. As all four lives are dramatically upended, Jende and Neni are forced to make an impossible choice.

"Imbolo Mbue would be a formidable storyteller anywhere, in any language. It's our good luck that she and her stories are American." (Jonathan Franzen, National Book Award-winning author of Purity and Freedom)
"Dazzling, fast-paced, and exquisitely written, Behold the Dreamers is one of those rare novels that will change the way you see the world. Imbolo Mbue is a breathtaking talent." (Christina Baker Kline, number-one New York Times best-selling author of Orphan Train)
"Who is this Imbolo Mbue and where has she been hiding? Her writing is startlingly beautiful, thoughtful, and both timely and timeless. She's taking on everything from family to the Great Recession to immigration while deftly reminding us what it means to truly believe in 'the American dream.'" (Jacqueline Woodson, National Book Award-winning author of Brown Girl Dreaming and Another Brooklyn)

I really enjoyed a lot! Nice to listen to when walking the dog. The ending surprised me but I nevertheless would have not wanted it any other way.

I really enjoyed this book. Compelling story, excellent reading and real characters. I also loved to hear from a different perspective in a time when we are all overwhelmed by our own thoughts and preconceptions.

The American Dream, and the stories of those who pursue it against all odds, seems to be the overarching theme of my audio book selection of late.

This book tells the story of a young couple from Cameroon as they try to make a new life in the most American city of all, New York. A beautifully written debut of a writer I will be sure to seek out in the future.