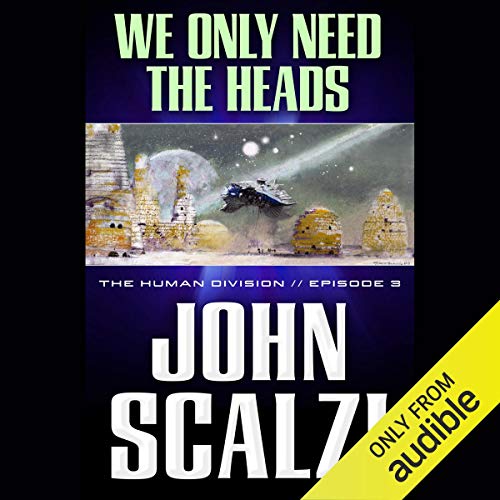 We Only Need the Heads

CDF Lieutenant Harry Wilson has been loaned out to a CDF platoon tasked with secretly removing an unauthorized colony of humans on an alien world. Colonial Ambassador Abumwe has been ordered to participate in final negotiations with an alien race the Union hopes to make allies. Wilson and Abumwe’s missions are fated to cross - and in doing so, place both missions at risk of failure.

We Only Need the Heads is a tale from John Scalzi's The Human Division, a series of self-contained but interrelated short stories set in the Old Man's War universe.

Das sagen andere Hörer zu We Only Need the Heads