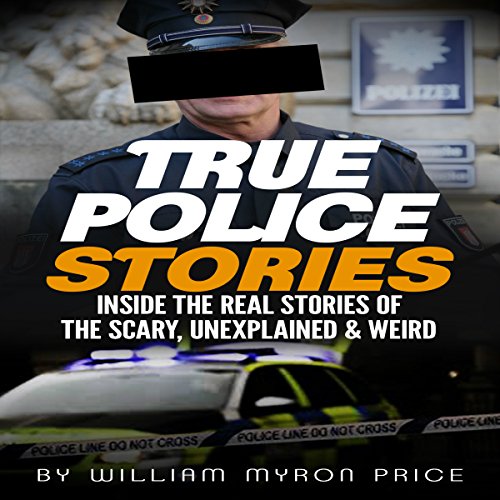 True Police Stories: Inside The REAL Stories of the Scary, Unexplained & Weird

Inside he real stories of the scary, unexplained, and weird....

Between robberies, reports of lost people and pets, bar fights, domestic fights, car accidents, and anything else you can imagine, police officers have an incredibly difficult job. They must be there to take care of anything that goes wrong, offer support and help to all the people involved, and put themselves in harm's way more often than not.

Many people take this for granted. In fact, most people don't give the police the respect they deserve. They are disrespectful and rude, and they will refuse to pay the tickets they have received or appear in court when they are told to. These people act as though the police are out to get them, when the police are, in fact, just doing their jobs.

The life of a police officer might be rewarding, but there really is no way to tell for sure how much you will have to deal with. In this book, we are going to look at some of these tales of valor. Some of the horrific and unexplained things police officers have seen with their own eyes, and some of the things they have had to experience for themselves.

Facing an armed robber in a shoot out is one of the most terrifying things anyone could be a part of, but perhaps even that pales in comparison to facing a paranormal spirit that could strike at any time.

Listen to these eyewitness accounts of what members of the police force have had to deal with, and perhaps gain a better understanding - and appreciation - of what they are doing for you.

Here is a preview of what's inside...