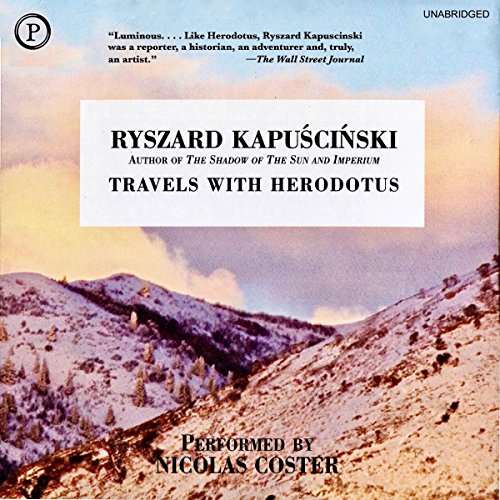 From renowned journalist Ryszard Kapuscinski comes this intimate account of his years in the field, traveling for the first time beyond the Iron Curtain to India, China, Ethiopia, and other exotic locales.

In the 1950s, Kapuscinski finished university in Poland and became a foreign correspondent, hoping to go abroad - perhaps to Czechoslovakia. Instead he was sent to India - the first stop on a decades-long tour of the world that took him from Iran to El Salvador and from Angola to Armenia. Revisiting his memories of traveling the globe with a copy of Herodotus's The Histories in tow, Kapuscinski describes his awakening to the intricacies and idiosyncrasies of new environments and how the words of the Greek historiographer helped shape his own view of an increasingly globalized world. Written with supreme eloquence and a constant eye to the global undercurrents that shaped the latter half of the 20th century, Travels with Herodotus is an exceptional chronicle of one man's journey across continents.

“Luminous...Like Herodotus, Ryszard Kapuscinski was a reporter, a historian, an adventurer and, truly, an artist.” ( The Wall Street Journal)