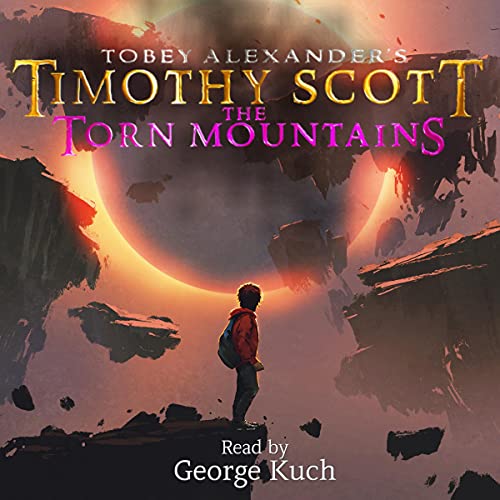 His sister kidnapped. His family under threat. Timothy Scott must once again return to the world behind the mirror.

Having faced the dark entity in battle, Timothy had thought his time in the world behind the mirror was over. When his younger sister disappears, he feels a wave of dread as he discovers a black rose sticking through the glass of the broken antique mirror. Fearing the worst, Timothy must return to his friends and call on them to help him save his sister.

Timothy soon finds himself going back through the mirror, but things are not as he left them. While the dark entity’s reign of fear has subsided, a new danger has grown and a long-forgotten beast from the labyrinth beneath the Torn Mountains holds his sister prisoner. Aided by an unexpected ally, Timothy must once again face his fears if he has any hope of saving his sister and bringing her home.

Timothy Scott: The Torn Mountains is the second book in Tobey Alexander’s acclaimed coming-of-age fantasy adventure series. If you love the magic and enchantment of series like Harry Potter, The Chronicles of Narnia and Percy Jackson, then this enchanting coming-of-age adventure series is your next book.

Pick up Timothy Scott: The Torn Mountains today, and return to the exciting adventure that awaits you today.