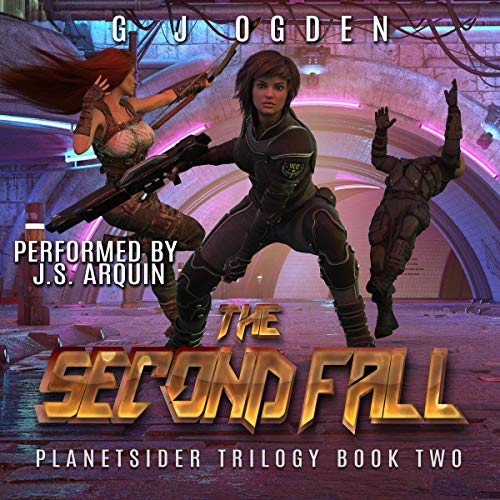 After more than a century of war, the end is closing in.

Five years have passed since Captain Maria Salus disobeyed orders by helping Ethan return planetside. But far from signaling the end of her military career, Maria’s actions opened the possibility of reconciliation between the UEC and GPS.

But not everyone wants peace.

Initiating a bloody coup on the UEC moon base, Major James Kurren forces Maria Salus and Diana Neviah to flee for their lives. Joining them are refugees from both sides of the war, desperate to avoid Kurren’s vengeful retribution.

Escaping planetside with the refugees, Maria again enlists the help of rangers, Ethan and Summer. Maria must find sanctuary from the planet’s deadly radiation, before Kurren’s crack military unit hunts her down.

But the planetsiders have problems of their own.

A burning hulk of metal has fallen from orbit and smashed into the derelict megacity near Ethan’s settlement. Now, the mutated creatures known as the Maddened are surging outward, threatening to wipe out what remains of planetside civilization once and for all.

A desperate struggle for survival has just begun.

The Second Fall is book two of The Planetsider Trilogy - a thrilling military sci-fi adventure set in a dystopian post-apocalyptic future world. If you love the tense action of Aliens and thrillers like World War Z, you’ll love this.