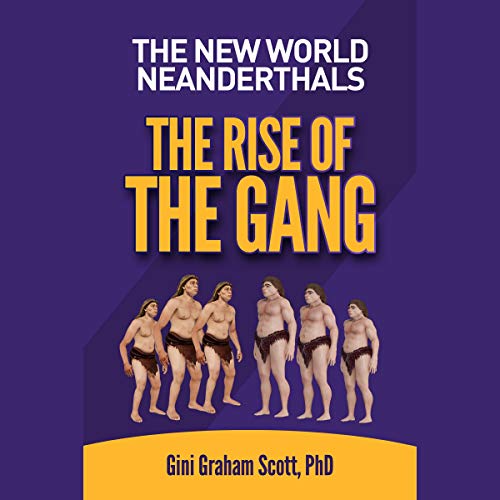 The New World Neanderthals: The Rise of the Gang

The New World Neanderthals: The Rise of the Gang

The New Neanderthals: The Rise of the Gang is the second of a series of stories that build on the story in The Neanderthals Are Back.

The audiobook begins after the leader of a criminal gang learns from the media about the success of a team of Neanderthals who are helping the cops find and capture criminals. He decides to create a criminal gang of six Neanderthals by obtaining Neanderthals who have been raised to be part of a workforce by the same robot company that provided the cops with their team. The gang leader and his associate will then train these new recruits to commit crimes, such as robberies and hits for revenge, help criminals escape the police, and undermine the efforts of the New World Neanderthals Force.

The Rise of the Gang describes how this new gang is recruited and trained. Then, they go on their first two assignments. The first is to steal a marijuana shipment from a rival gang. The second is to help the gang leaders collect protection money from store owners. But can the New Neanderthals Gang accomplish these missions successfully? And what happens when they encounter a series of challenges in undertaking both assignments? The Rise of the Gang tells their story. Future stories in the series describe how the New Neanderthal Gang fares as it undertakes new assignments, has run-ins with the New Neanderthal Force, and encounters new challenges and dangers along the way.

Gini Graham Scott, PhD, JD, is a nationally known writer, consultant, speaker, and seminar leader specializing in business and work relationships, professional and personal development, social trends, and popular culture. She has published 50 books with major publishers and over 150 books through her company, Changemakers Publishing. She has worked with dozens of clients on memoirs, self-help, popular business books, and film scripts.