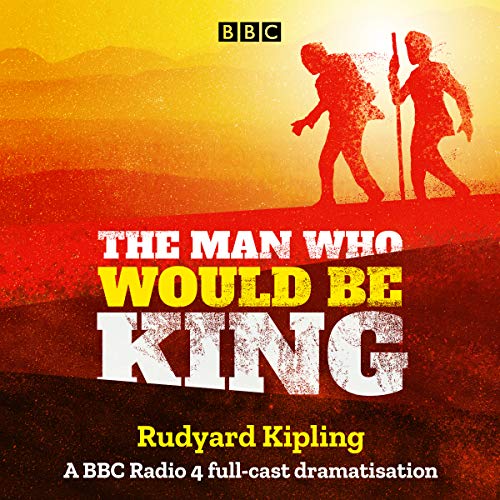 The Man Who Would Be King

Kipling's chilling adventure about two men who set out to be kings of a remote region of Afghanistan.

Kipling, our narrator, tells this strange story: he was running a newspaper in a big Indian city. In the hot stillness of one night when he was putting the paper to bed, two men came into his office. They were red-bearded giant Daniel Dravot and his friend Peachy Carnehan. These two 'gentlemen at large', as they called themselves, lately of the British army, had put together an insane and dangerous plan: they wanted to be Kings of Kafiristan, a mountainous region of Afghanistan.

Three years later, a crippled man in rags comes into Kipling's office. He is Peachy Carnehan, and he relates the chilling story of their adventure.

A thrilling and haunting story about the folly and glory of imperial ambition, yet at its heart this is also a story of friendship.

Das sagen andere Hörer zu The Man Who Would Be King