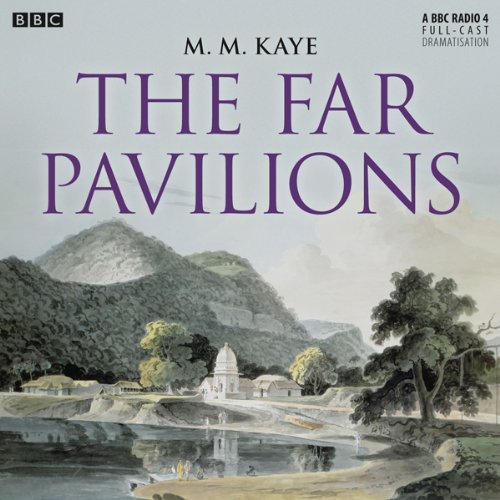 M.M. Kaye’s masterwork is a vast, rich and vibrant tapestry of love and war that spans over twenty years, moving from the foothills of the Himalayas, to the burning plains, to the besieged British Mission in Kabul.

It begins in 1857 when, following the Indian Mutiny, young English orphan Ashton is disguised by his ayah Sita as her Indian son, Ashok. As he forgets his true identity, his destiny is set...A story of divided loyalties and fierce friendship; of true love made impossible by class and race; a critique of the imperialist adventure; and an examination of the cultural and spiritual clash between East and West, ‘The Far Pavilions’ is a searing insight into the human heart.

Vineeta Rishi (‘The Last Detective’) stars as Sita and the Narrator, with Blake Ritson as Ashok/Ashton and Ayesha Dharker as Anjuli.