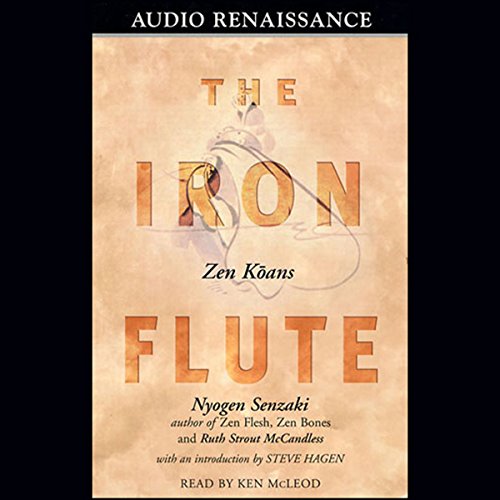 The Iron Flute, a classic koan collection with peerless commentaries by masters from the 18th, 19th, and 20th centuries, speaks radiantly to the heart. The Iron Flute was compiled by Genro, an outstanding Zen master of 18th-century Japan, who added his commentary to each koan in poetry and prose. Later, Genro's chief disciple, Fugai, annotated the work with his own interpretations. In this edition, Nyogen Senzaki - a Japanese Zen master peerless in his ability to speak directly to the modern American heart - clarifies the meaning of both koan and commentary alike.

Well-versed in contemporary Western psychology and philosophy, Senzaki is able to amplify the power of each word. Each koan becomes a lucid encapsulation of the essence of Zen, and The Iron Flute becomes an instrument that generously sounds the clear tones of enlightenment.

Nyogen's translations and commentaries effortlessly dissolve the barriers of language, culture, and even time, allowing The Iron Flute to uplift each of us with the same music that was heard by masters centuries ago.

"One of the most significant contributions to Zen literature in recent times." ( Asahi Evening News)