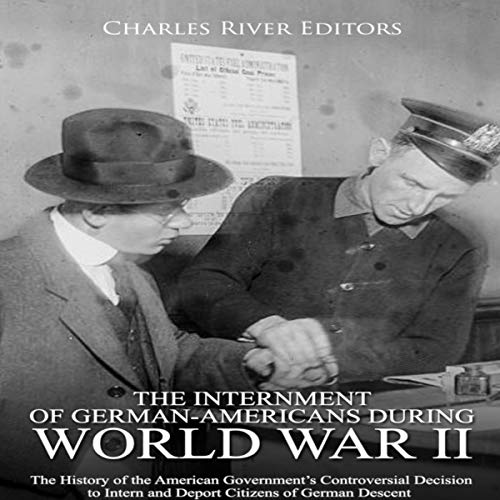 The Internment of German-Americans during World War II

The internment of Japanese Americans in the wake of the attack on Pearl Harbor is second only to slavery in terms of America's most tragic and regrettable chapters in history. While the forced relocation and internment of Japanese Americans living on the West Coast during the Second World War is widely recognized - they have even received apologies and compensation from the US government - what is not as well-known is that between 1941 and 1948, approximately 10,000 Americans of German descent were also forcibly interned at camps scattered across the United States. Some refugees, who had fled from Germany in an attempt to escape Nazi persecution, were rounded up, interned, and later used in a prisoner exchange program between the United States and German governments. The American government also went to great lengths to secure Germans living across Latin America who they believed posed a tangible threat should they cross America's southern border.

The Roosevelt administration's policy on enemy aliens, and German-Americans in particular, favored an intelligence-based, targeted approach for interning and deporting those who might be deemed a threat to national security. Political pressures from within the administration and the public at large led to carrying out this policy of interning and deporting enemy aliens. Sadly, this ultimately violated the civil rights of German-American citizens and refugees fleeing Nazi-controlled Germany.

As the war in Europe continued to rage and American involvement became increasingly likely, Congress passed the Alien Registration Act on June 29, 1940. The Smith Act effectively required aliens of enemy ancestry to register their locations and a statement of personal and political beliefs. Any "violations" of the Smith Act could result in prosecution, and upon America's entry into the war, detention for the conflict's duration. Within four months of the law's passage, 4,741,971 so-called aliens of enemy ancestry had complied and registered.

Thus, things were already somewhat in motion when Pearl Harbor happened, and it took just a few days for President Roosevelt to issue a series of proclamations authorizing the arrest and detention of those of Japanese, German, and Italian ancestry. On December 8, 1941, a memo from J. Edgar Hoover directed "All Special Agents in Charge" to "[i]mmediately take into custody all German and Italian aliens previously classified in groups A ,B, and C, in material previously transmitted to you...in addition, you are authorized to immediately arrest any German or Italian aliens, not previously classified in the above categories in the event you possess information indicating the arrest of such individuals necessary for the internal security of this country." Germany did not officially declare war on the United States until three days later, and without a technical declaration of war between the United States and Germany, the president turned to the "tangible threat" clause of the Alien Enemies Act of 1798 to justify the carrying out of Hoover's December 8 memo.

As recently as the last decade, historians have persisted in their denial of the internment of German and Italian Americans, but today, the facts are indisputable. Government documents and hundreds of personal accounts make clear that the detainment, internment, and deportation of individuals of German ancestry did occur during World War II, despite the fact the American public had already endured a period of racial and ethnic hysteria during the First World War.