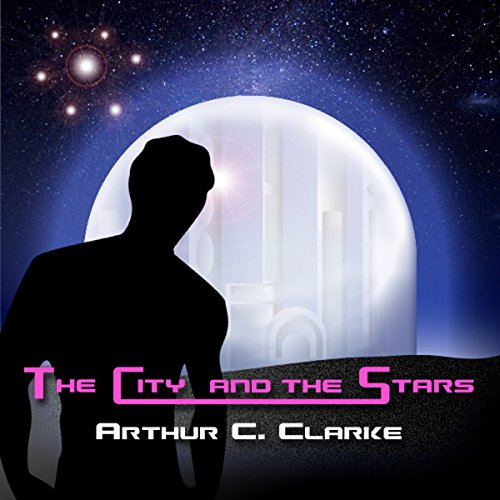 The City and the Stars

A journey of discovery that will shake the foundations of everything the people of Earth have ever believed...

Diaspar is Earth's last city - surrounded by deserts, on a world where the oceans have long since dried up. It is a domed, isolated, technological marvel run by the Central Computer. Diaspar has conquered death. People are called forth from the Hall of Creation; they live for 1,000 years and then are recalled, stored in the Central Computer's memory, to be born thousands of years later, over and over again, with memories of earlier lives intact.

No one has entered or left Diaspar since anyone can remember. Its people have an unreasoning dread of the unknown, of the world outside the city. And no child has been born for at least 10 million years.

Until Alvin. He is unique. He has no past lives, no past memories. He also has no fear of the outside world. In fact he has an overwhelming curiosity, a drive to explore, to see what lies beyond the sterile boundaries of the city.

When he finally escapes, he discovers a place he could hardly have imagined: a country called Lys. Its people are telepathic. They know life and death. In Lys, Alvin finds friendship and love. And he begins his fateful journey to the stars and back. On his return he brings with him something so strange, so alien and powerful, that it will change the world forever. But for better or worse, not even Alvin can guess.

Das sagen andere Hörer zu The City and the Stars