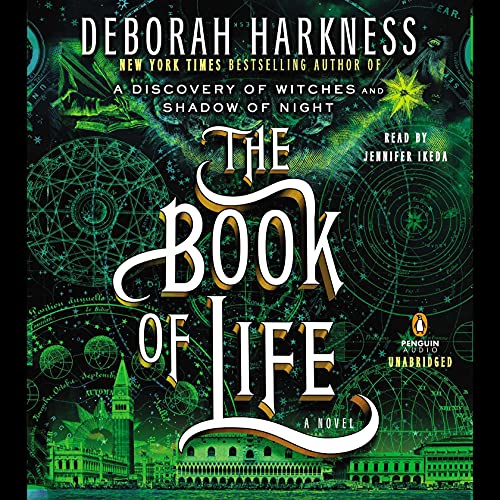 The Book of Life

The number one New York Times best-selling series finale and sequel to A Discovery of Witches and Shadow of Night.

Look for the hit series A Discovery of Witches streaming on Sundance Now and Shudder and coming to television this April on AMC and BBC America.

Bringing the magic and suspense of the All Souls Trilogy to a deeply satisfying conclusion, this highly anticipated finale went straight to number one on the New York Times best seller list.

In The Book of Life, Diana and Matthew time travel back from Elizabethan London to make a dramatic return to the present - facing new crises and old enemies. At Matthew’s ancestral home, Sept-Tours, they reunite with the beloved cast of characters from A Discovery of Witches - with one significant exception. But the real threat to their future has yet to be revealed, and when it is, the search for Ashmole 782 and its missing pages takes on even more urgency.

"Weaving an extraordinarily rich story of magic and science, history and fiction, passion and power, secrets and truths, Harkness delivers an unforgettable and spellbinding finale that's not to be missed." (USA Today)

"Juicy and action-packed.... Even at 561 pages, this is one hardcover no one will mind lugging to the beach." (People)

One of my all time favourites.

I have listened to this trilogy three times and will listen to it again. I love the characters, also the minor characters who are very well depicted. The story line is long, fascinating and convoluted but the author keeps knitting the ends up and I didn't lose sight of the whole.
The reader does the story justice and added to my enjoyment of it.

it is a good book with a good story and good to listen to.
I can definitely recommend that book for fantasy fans.

The first book was amazing, unfortunately the two sequels couldn’t keep up imo. I loved Matthew in the first, but he becomes incredibly controlling, annoying, predictable, dull... the whole story is just not exciting. I can’t stress enough how little I liked this book