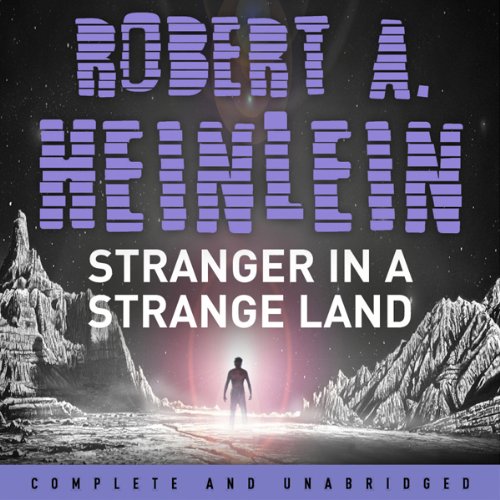 Stranger in a Strange Land

Epic, entertaining, blasphemous, this is the most influential and controversial of Science Fiction novels.

Stranger in a Strange Land caused uproar when it was first published as it savaged conventional religious, sexual, and social ideals. Many years in the future, Valentine Michael Smith's upbringing is exceptional. Orphan child to two astronauts killed in space, he is raised on Mars. Twenty-five years later he is "rescued" and brought back to Earth. The initial enthusiasm of the administration in Smith's safe return is soon dampened by the realisation that they cannot control him. Possessed with superhuman skills and a unique philosophy he threatens their society - Smith must be contained.

Then a nurse helps him escape his hospital jail. Their flight becomes a journey of discovery, enlightenment and wonder. But danger is following fast behind, and there will be no escape from the final confrontation.

Maybe this is due to the mainstream at the time this was written... but the perception of women in this work is just horrible!
The non-existing storyline and childlike attempts at philosophy and religion do not help, but nothing gets past all those moments when women are portrayed as either silly servants to man or simply as adorable objects.
This is not literature, this is trash. I might have said 'just trash', but there were scenes, where I had to laugh out loud, that has to count for something.

Regarding the narrator: He has a hard time at keeping characters distinguishable in longer dialogues. But in comparison to the author he really shines!

I've got bored and could not finish it.

I have felt a relief when decided to stop listening to it. This book appears to me as artificial, uninspired and simply boring.

if you grok u grok

to much clishee for me. to much Religion but no Space. i generell it is Not a Bad book.but it is Not for the drive to Work with it themes and thoughtprovoking question.