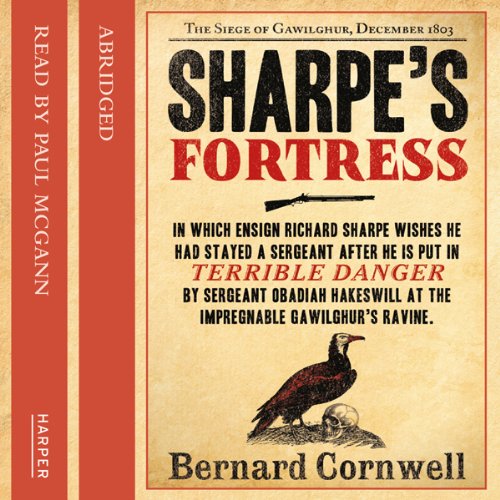 It is 1803, and closing on the retreating Mahrattas in western India is Sir Arthur Wellesley's army and with it Ensign Richard Sharpe, newly commissioned but wishing he had stayed a sergeant. Spurned by his new regiment, he is sent to the army's baggage train and there finds corruption, romance, treason, and enemies old and new, including the murderous Sergeant Hakeswill who has powerful friends, while Sharpe's only ally is an orphaned Arab boy.

And waiting with the cornered Mahrattas is another enemy, the renegade Englishman William Dodd, who envisages a glorious triumph, for the Mahrattas have taken refuge in Gawilghur, India's greatest stronghold, perched high on cliffs above the Deccan Plain. He who rules in Gawighur, it is said, rules India, and Dodd knows that the fortress is impregnable, but it is here that Sharpe must face his enemies.