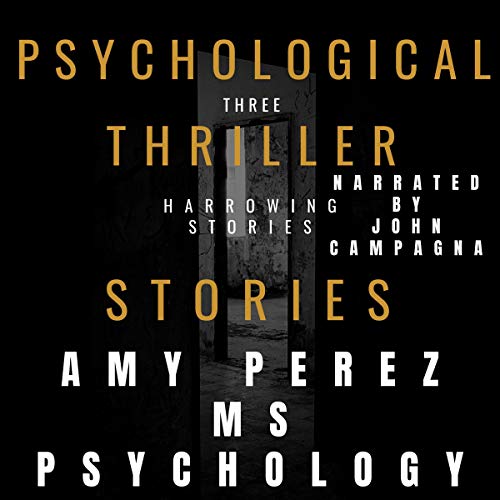 Are you ready to get locked away in a maximum security mental hospital? Go inside the mind of a criminal, along with an innocent man. There will be violence, injections, psychosis, and murder.

Andrew is married with children. He finds himself fighting for his life in a maximum state mental institute. He will be trying to prove his sanity so that he can make it home to his family. Meanwhile, his brain is sending him into bouts of a deep psychosis. He will have to fight through the pills and injections to come back to sanity and clarity. He will find his way to the most dangerous criminal in the facility. Can Andrew turn this criminal around and show him the light? Find out in this psychological thrilling series by Amy Perez, MS Psychology.

This series is based on a true story.

Some names and details have been changed.

Follow along in this new, thrilling psychological series with Amy Perez, MS Psychology.

An innocent family gets swept away in the life of a narcissistic man. But it doesn't stop there. A string of horrific murders are occurring in the local cities. Everyone is in fear of The Puzzle Piece Killer. A psychology student plays a big part in cracking the case but at the expense of his family and friends. Noelle is convinced his new neighbor has hidden layers that he doesn't show. Noelle starts to question his own sanity. That all changes when his father comes to stay in the midst of a divorce. Can the two men survive through the twist and turns of this psychological thrilling series?