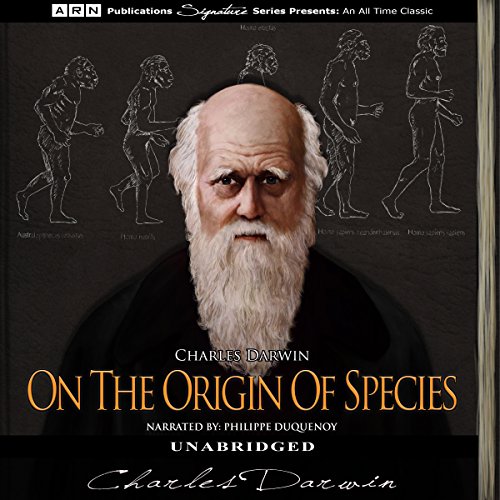 On the Origin of Species

First published in the 19th century, On the Origin of Species is one of the most important and controversial books ever written on human origins. Darwin's work is the cornerstone of the theory of evolution and is as important today as it was when it was released nearly 160 years ago.

Few published works have had the kind of impact on society as Origin of Species. Not only did Darwin's work change how the world viewed human origins but it had a tremendous impact on other areas of human society, including theology and philosophy.

In Origin of Species, Darwin presents his well-documented findings, supporting the concept that all life evolved over time through a process of natural selection and survival of the fittest. Today, his theories are the foundation of the life sciences and after 20 years of research concluded by analogy that all life evolved from a common ancestor.

Das sagen andere Hörer zu On the Origin of Species