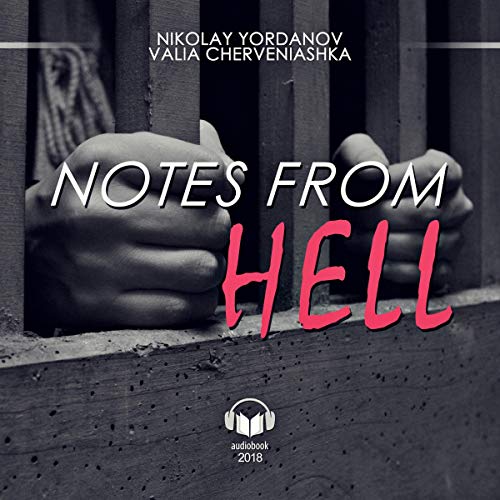 "This horror story made international headlines. It shows brutality in its most extreme form, a wilful act of cruel injustice for which the Libyan government stands accused. Reading this book will make you cry." (Dries Brunt, citizen newspaper, South Africa)

In 1999, 17 medical nurses are kidnapped from the hospital in which they work in Benghazi, Libya, and are confined in a police station in the capital Tripoli. The next eight and a half years five of them will spend in different prisons accused of deliberately infecting more than 400 children with HIV.

Notes from Hell is a confession of an ordinary woman whose face becomes familiar to the whole world. The book tells about her work in Benghazi, about the reasons for the infection of the children, about the monstrous tortures she suffered, the terror, uncertainty and friendship in the Libyan prisons, about what it feels like to have three death sentences and survive.

"One of the most emotional and revealing confessions..." (Telegraph Newspaper, Bulgaria)

"This intimate account is relayed with raw honesty and emotion. A cold, sobering look at some of life's injustices." (Michelle Bristow-Bovey, Cape Times, South Africa)

"It is impossible to walk away from Notes From Hell without a combination of feelings; the first of elation that she and her fellow accused survived, the second that the horror occurred in the first place. Nikolay Yordanov and Valya Chervenyashka put you there; something that stirs up a great deal of dread. Even the small victories that she and the others experienced do not allow you to relax because you are already anticipating the next deception. A horrific story well told, Notes From Hell will stir every emotion you have within you. You won't walk away and forget this book for a very long time, if ever." (Bil Howard, Readers' Favorite)