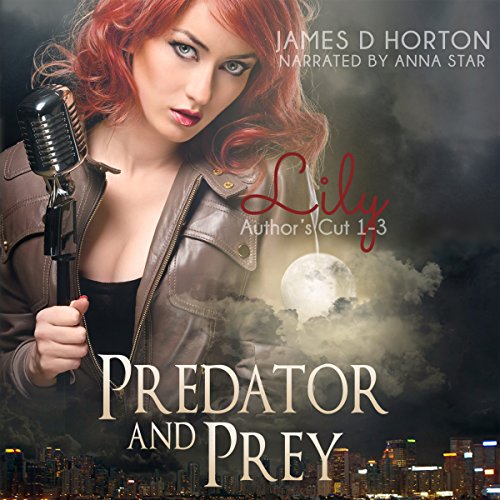 The City is ruthless; nameless creatures roam the streets and prey on the lost and innocent. No one is safe and fear is rampant, but Lily knows this all too well because she listens to calls of anguish on her radio program, Overnights with Lily. The danger hits home when Lily is attacked one night after leaving work. The mysterious and alluring Wolf intervenes to save her, but the situation is far from over. There are fates worse than death, and hers is imminent.

Killing a vampire has its consequences, and Lily must pay the price. When the Society sentences her, Wolf steps in again. This time she doesn't back down. She's is love and won't just sit by and play the victim. An ancient vampire, Athene, has a lengthy history with Wolf and takes an interest in Lily. Her intentions aren't clear, but Lily needs all the friends she can get when the moment of reckoning arrives.

Becoming a member of Society isn't easy. Lily doesn't even make it through her debut without attacking the Regent and becoming an outcast. Now Lily must learn to control herself without the guidance of Wolf, who disappeared the night she turned. She's lonely for him, her hunger is out of control, and she's assigned to train with an unscrupulous vampire who's making things worse. Topping it all off, Lily finds out Wolf's old flame is responsible for his absence. Lily, Wolf, and his lover are the only hope the City has when a diabolical plan is put in motion. Will their pasts stand in the way of victory?