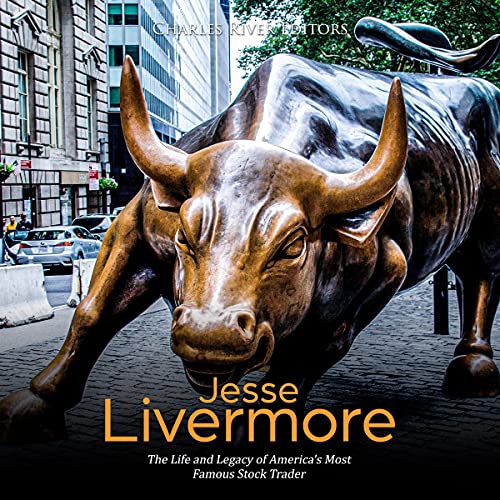 Jesse Livermore: The Life and Legacy of America’s Most Famous Stock Trader

“I learned early that there is nothing new in Wall Street. There can't be because speculation is as old as the hills. Whatever happens in the stock market today has happened before and will happen again. I've never forgotten that.” (Jesse Livermore)

Since the beginning of time, money and trading have shaped the economy of civilization. The earliest societies began with barter, otherwise known as the mutual exchange of goods and services. Grains, plant products, cattle, camels, sheep, and other livestock were the first forms of currency. In Eastern and African countries, money came in the likes of cowrie shells. Currency evolved as time progressed, passing through the ages as primitive copper coins, stamped coins, leather squares, stringed beads, gold, and finally, to the paper and electronic currency used today.

Over the years, Wall Street has been equally glamorized and demonized for what it represents. To some, this is where lifelong dreams of riches, power, and fast living come to meet. To others, it is the breeding ground of the corrupt and greedy one percent. All the same, its mystique is one that only the most ambitious penetrate.

That said, more people have dipped their toes into the stock and blockchain markets every day, so day trading as both a profession and a hobby is more relevant than ever. In light of the sensational GameStop controversy in early 2021 and the ongoing and still-evolving global crypto renaissance, the once exclusive sphere of day trading, previously limited to mainly the haute monde and those on Wall Street, has truly become anyone's game.

This seemingly contemporary phenomenon, however, is far older than most would expect, and a number of critical figures throughout history played an instrumental role in laying the foundations for the successes of modern day traders. One innovator of technical analysis was Charles Dow, who created the Dow Jones Industrial Index and founded The Wall Street Journal. William Delbert Gann, most famed for his esoteric techniques, which were based on astrology, geometry, and the square of nine, among other unconventional forecasting strategies, popularized the concept of time cycles. John Magee, aptly nicknamed “The Chartist,” authored Technical Analysis of Stock Trends, and obsessively tabulated stock price patterns, trading volumes, averages, and almost every other variable imaginable, making him one of the most disciplined technical analysts to have ever thrown their hat into the ring.

Among all of the day traders, the one who was most praised in his time was Jesse Livermore, who is regularly hailed as the greatest and most influential pioneer to have ever played the game. The illustrious Livermore's impressive career was marked by glittering, unparalleled highs, made possible by his trademark methods, which were listed in a bible that continues to be religiously referenced by day traders to this day. However, as remarkable as his successes were, they were often neutralized by devastating lows, an eerie parallel to his extraordinary, but tragic personal life, which was every bit as volatile as the stock market.

Jesse Livermore: The Life and Legacy of America’s Most Famous Stock Trader chronicles the ups and downs that the influential trader had on America and the stock market; you will learn about Jesse Livermore like never before.