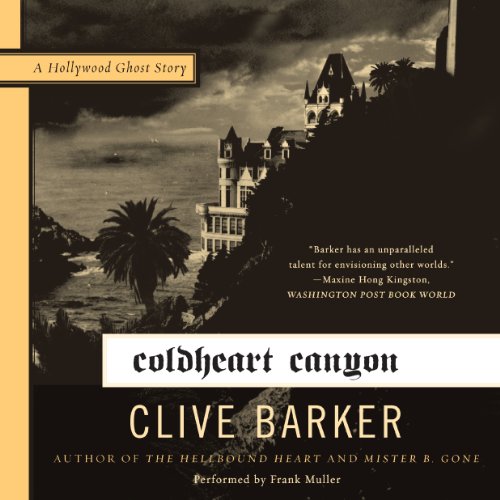 Hollywood has made a star of Todd Pickett. But time is catching up with him. After plastic surgery goes awry, Todd needs somewhere to hide away for a few months while his scars heal.

As Todd settles into a mansion in Coldheart Canyon - a corner of the city so secret it doesn't even appear on a map - Tammy Lauper, the president of his fan club, comes to the City of Angels determined to solve the mystery of Todd's disappearance. The closer Tammy gets to Todd the more of Coldheart Canyon's secrets she uncovers: The ghosts of A-list stars; Katya Lupi, the cold-hearted, now-forgotten star for whom the Canyon was named, alive and exquisite after a hundred years; and, finally, the door in the bowels of Katya's dream-palace that reputedly opens up to another world, the Devil's Country, where no one has returned without their souls shadowed by what they've seen and done.

Mingling an insiders' view of modern Hollywood with a wild streak of visionary fantasy, Coldheart Canyon is an audiobook without parallel. An irresistible and unmerciful picture of Hollywood and its demons, told with all the style and raw narrative power that has made Clive Barker's books and films a phenomenon worldwide.

Was hat Ihnen am allerbesten an Coldheart Canyon gefallen?