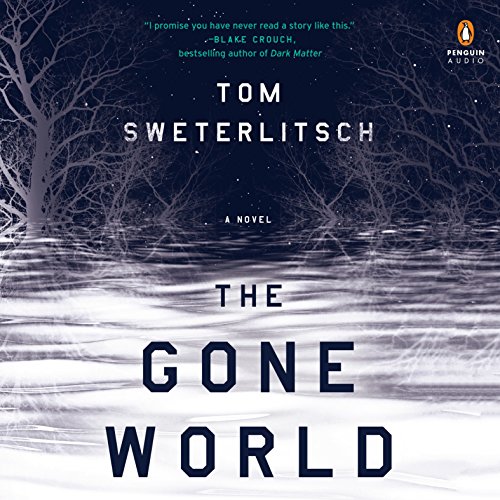 Inception meets True Detective in this science-fiction thriller of spellbinding tension and staggering scope that follows a special agent into a savage murder case with grave implications for the fate of mankind....

“I promise you have never read a story like this.” (Blake Crouch, New York Times best-selling author of Dark Matter)

Shannon Moss is part of a clandestine division within the Naval Criminal Investigative Service. In western Pennsylvania, 1997, she is assigned to solve the murder of a Navy SEAL's family - and to locate his vanished teenage daughter. Though she can't share the information with conventional law enforcement, Moss discovers that the missing SEAL was an astronaut aboard the spaceship USS Libra - a ship assumed lost to the currents of Deep Time. Moss knows firsthand the mental trauma of time travel and believes the SEAL's experience with the future has triggered this violence.

Determined to find the missing girl and driven by a troubling connection from her own past, Moss travels ahead in time to explore possible versions of the future, seeking evidence to crack the present-day case. To her horror, the future reveals that it's not only the fate of a family that hinges on her work, for what she witnesses rising over time's horizon and hurtling toward the present is the Terminus: the terrifying and cataclysmic end of humanity itself.

Luminous and unsettling, The Gone World bristles with world-shattering ideas yet remains at its heart an intensely human story.

One of BookPage's Best Science Fiction and Fantasy of 2018

“The Gone World has already created quite a stir. . . . The book probes questions about consciousness and crime that call to mind, among others, True Detective and 12 Monkeys.” (EW.com)

"I like to be freaked out and mystified simultaneously. The Gone World, a gory time-travel thriller, does both in surprising ways....Inception meets True Detective, but it also contains elements of Solaris, Interstellar, Twin Peaks, Minority Report, and even Stargate. To all this, it adds some innovative time-travel shenanigans." (The New Yorker)

impleasant dark mood, more like horror thriller. not so nice voice. did not finish it.