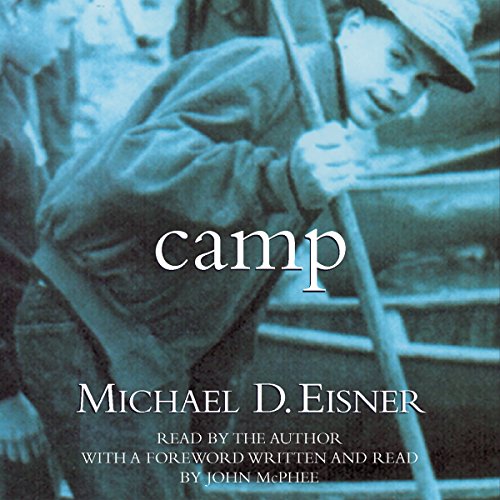 For those who have been there, there is no forgetting the sounds and smells of summer camp: of dusty playing fields, platform tents, and wood cabins; of mist rising off the water at dawn and the sparks of a Sunday night campfire sailing up into a cold night sky. Now Michael D. Eisner shares a deeply personal memoir of his own experiences at one remarkable Vermont summer camp, of the life lessons he learned there and how they helped turned him into the man he is today.

Camp is Eisner's ode to Keewaydin, a summer camp that was already a family tradition when he was a boy and that continues as a tradition today. As he recounts his experiences at Keewaydin, from his own first night away from home to his years as a counselor to an emotionally charged visit back as the father of a new generation of Keewaydin campers, Camp becomes a guide to growing up: learning to rely on yourself as you work in a team, competing to win but finding pride and growth in defeat, discovering the wonder of nature as well as the nature of the men and women who have gone before you. From a Saturday night dance at a nearby girls' camp to the portrait of Keewaydin's legendary leader, a strong young man in Eisner's youth and a proud octogenarian in his children's time, Michael D. Eisner shares anecdotes that are by turns heartwarming and hilarious, excruciating and tender. He talks about his family's commitment to helping less advantaged young people share Keewaydin's wonders, lifelong friendships that were forged there, and how moments from those summers return when he is hard at work in Hollywood or alone with his wife or children.

A rare glimpse into the inner life of an American corporate executive, Camp is an important personal chronicle of success: the kind of success that a child can find in a remote corner of the Vermont woods, and never ever leave behind.

"A well-told story of the raw ingredients of growing up, free of bluster but full of brio." ( Kirkus Reviews)