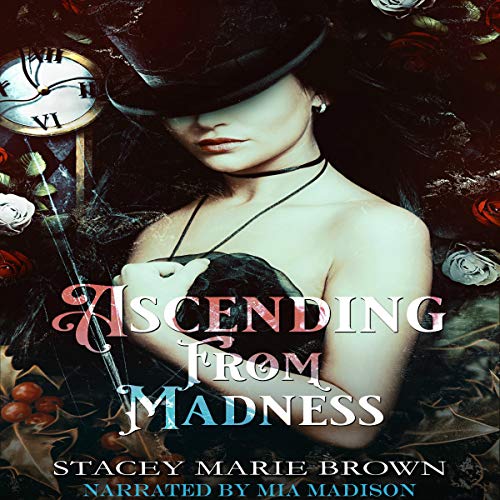 Ready for your holiday season to get deliciously naughty again?

The bad boys and girls of the Winterland are back for the conclusion of Alice and Scrooge’s story. This tale is mad, dark, twisted, sexy, and nothing like the legend you know.

When her illusions of twin elves, singing penguins, and sexy reindeers start to turn into full-blown hallucinations, her family feels they have no choice but to find her help.

Her therapist is Matt’s wife, Jessica Winters, someone Alice feels in her gut she shouldn’t trust. But the more Alice loses her touch on reality, the more her parents turn to Jessica.

In one night, Alice loses everything, landing her in an insane asylum, where she learns not only Jessica is not who she seems, but no one is in there.

As Alice’s mind cracks more, her visions feeling more like memories, she’s in a fight for her life against the mad ruler of the institution.

Except who will believe her? She’s the crazy girl. The one who’s visited by ghosts of holiday icons. But one thing good about going mad?

In some places, being mad is exactly what you need to survive...

To ascend from madness.