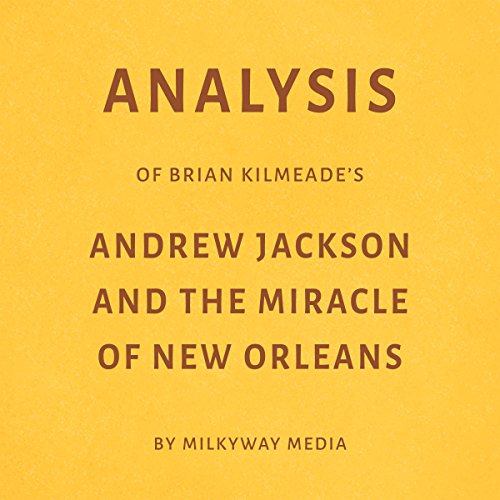 Please note: This is an analysis of the book, not the original book. This analysis is not endorsed by or affiliated with the original author.

Andrew Jackson and the Miracle of New Orleans (2017) by Brian Kilmeade and Don Yaeger is a sensationalized historical account of the most decisive battle of the War of 1812, a conflict often called America’s “Second War of Independence.” Andrew Jackson came of age during the Revolutionary War and lost his mother and brother during the fight. Purchase this in-depth analysis to learn more.