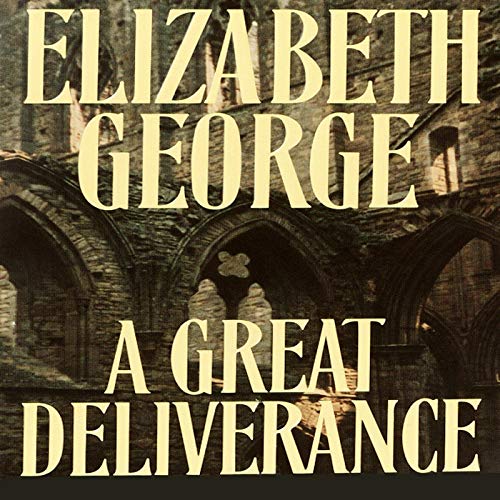 To this day, the low, thin wail of an infant can be heard in Keldale's lush green valleys. Three hundred years ago, as legend goes, the frightened Yorkshire villagers smothered a crying babe in Keldale Abbey, where they'd hidden to escape the ravages of Cromwell's raiders.

Now into Keldale's pastoral web of old houses and older secrets comes Scotland Yard Inspector Thomas Lynley, the eighth earl of Asherton. Along with the redoubtable Detective Sergeant Barbara Havers, Lynley has been sent to solve a savage murder that has stunned the peaceful countryside. For fat, unlovely Roberta Teys has been found in her best dress, an axe in her lap, seated in the old stone barn beside her father's headless corpse. Her first and last words were "I did it. And I'm not sorry."

Yet as Lynley and Havers wind their way through Keldale's dark labyrinth of secret scandals and appalling crimes, they uncover a shattering series of revelations that will reverberate through this tranquil English valley- and in their own lives as well.

"Pure entertainment from its insidious beginning to its gripping end." (The Washington Post Book World)