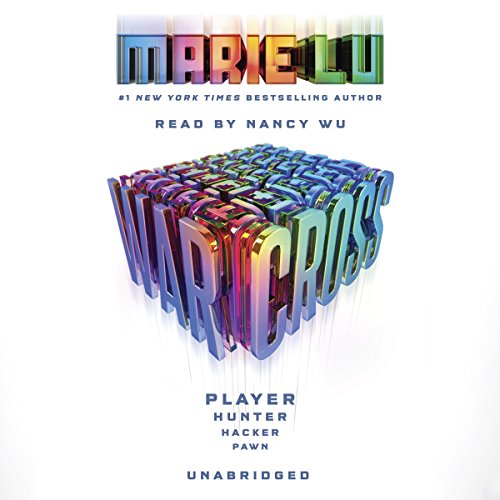 From number one New York Times best-selling author Marie Lu - when a game called Warcross takes the world by storm, one girl hacks her way into its dangerous depths.

For the millions who log in every day, Warcross isn't just a game - it's a way of life. The obsession started 10 years ago, and its fan base now spans the globe, some eager to escape from reality and others hoping to make a profit. Struggling to make ends meet, teenage hacker Emika Chen works as a bounty hunter, tracking down Warcross players who bet on the game illegally. But the bounty-hunting world is a competitive one, and survival has not been easy. To make some quick cash, Emika takes a risk and hacks in to the opening game of the international Warcross Championships - only to accidentally glitch herself into the action and become an overnight sensation.

Convinced she's going to be arrested, Emika is shocked when instead she gets a call from the game's creator, the elusive young billionaire Hideo Tanaka, with an irresistible offer. He needs a spy on the inside of this year's tournament in order to uncover a security problem...and he wants Emika for the job. With no time to lose, Emika's whisked off to Tokyo and thrust into a world of fame and fortune that she's only dreamed of. But soon her investigation uncovers a sinister plot, with major consequences for the entire Warcross empire.

In this sci-fi thriller, number one New York Times best-selling author Marie Lu conjures an immersive, exhilarating world where choosing who to trust may be the biggest gamble of all.

Will there be a second volume?

I really enjoyed this audio book! The story is fascinating and exciting and I loved the setting and the pace of it. Hopefully there will be a second book soon because this just can't end with such a cliffhanger!