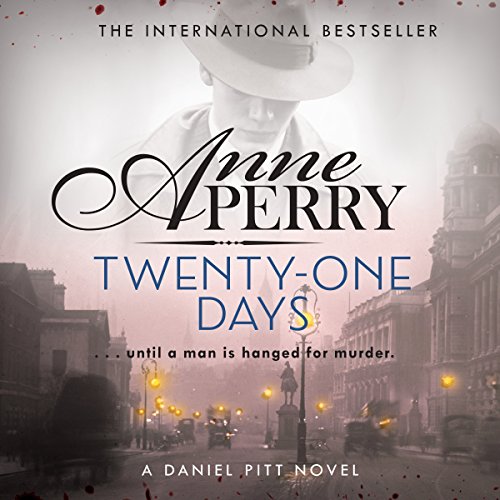 Twenty-One Days is the first in an exciting new generation of Pitt novels, featuring Daniel Pitt, by New York Times best seller and the queen of Victorian crime, Anne Perry.

It is 1910, and the century is full of change. Sir Thomas Pitt, Head of Special Branch, has persuaded his son, Daniel, to take on his first case as a newly qualified barrister. Having successfully defended his client and made a lifelong friend, Daniel is summoned to the Old Bailey to assist in the defence of renowned biographer Russell Graves, who is accused of the brutal murder and disfigurement of his wife. When the jury finds him guilty, Graves is sentenced to be hanged in 21 days.

Graves insists he has been framed, and when Daniel discovers that Graves was writing a shocking exposé of Victor Narraway, Thomas Pitt's former friend and mentor from Special Branch, he fears the worst.... This exposé reveals state secrets so damning that someone might have wanted to silence him. And that 'someone' might be Daniel's father. With the reputations of those closest to him at stake, Daniel is in a race against time to uncover the truth and ensure that a man isn't sent to the gallows for a crime he didn't commit.