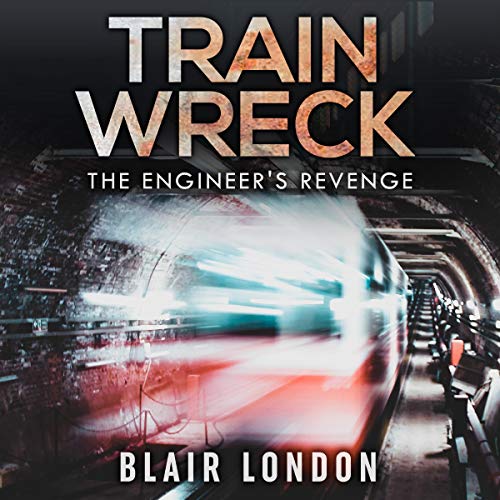 A serious crime facing American society is now a crime/thriller. Combining two train crashes, with a motive for cause of the second crash, the story opens with a train crash that happened in 2011, near Reno, where a semi crashed into a train car on the West-bound California Zephyr Amtrak passenger train.

Ben, an engineer, was sitting in Our Bar when he heard the horrific news of the train crash. He runs out of the bar, with his best friend Mark following him, and learns that his girlfriend, Christy is permanently blinded by the explosion from the crash. He vows to take care of her, but Christy doesn’t want him to, goes into a depression, and ends up taking her life. Earlier that same day, Ben discovered a new surgery to restore eyesight. He rushes home to tell Christy, only to find her dead by overdose of sleeping pills. Ben becomes obsessed with his love for trains, uses another engineer for her knowledge of the inner workings of them, and then orchestrates another train crash, leaving all but himself accounted for. Amidst the investigation, a detective begins to realize the shocking truth that his best friend Ben is indeed the culprit, and ends up pulling the lever when Ben is electrocuted.