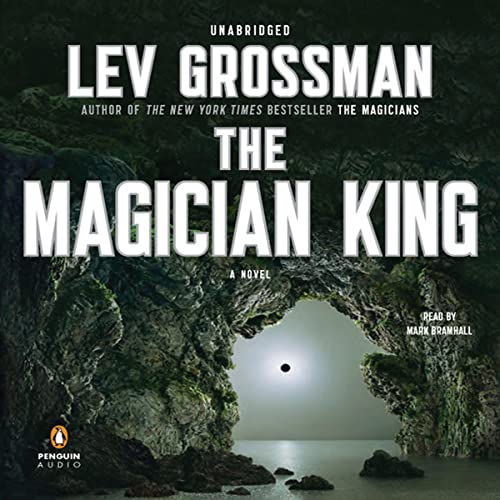 Return to Fillory in the riveting sequel to The New York Times best-seller and literary phenomenon of 2009: The Magicians.

The Magicians was praised as a triumph by readers and critics of both mainstream and fantasy literature. Now Grossman takes us back to Fillory, where the Brakebills graduates have fled the sorrows of the mundane world, only to face terrifying new challenges.

Quentin and his friends are now the kings and queens of Fillory, but the days and nights of royal luxury are starting to pall. After a morning hunt takes a sinister turn, Quentin and his old friend Julia charter a magical sailing ship and set out on an errand to the wild outer reaches of their kingdom. Their pleasure cruise becomes an adventure when the two are unceremoniously dumped back into the last place Quentin ever wants to see: his parent's house in Chesterton, Massachusetts. And only the black, twisted magic that Julia learned on the streets can save them.

The Magician King is a grand voyage into the dark, glittering heart of magic, an epic quest for the Harry Potter generation. It also introduces a powerful new voice, that of Julia, whose angry genius is thrilling. Once again Grossman proves that he is the modern heir to C.S. Lewis and at the cutting edge of literary fantasy.

“[A] serious, heartfelt novel [that] turns the machinery of fantasy inside out.” (The New York Times [Editor’s Choice])

“[The Magician King] is The Catcher in the Rye for devotees of alternative universes. It’s dazzling and devil-may-care.... Grossman has created a rare, strange, and scintillating novel.” (Chicago Tribune)

Having enjoyed the first Magicians book, I straight away got this one. However I found it far less enjoyable. I'm not fond of all these flashbacks to storylines with just one char. I love the interaction between chars I enjoy and this book had very little of it. It was so Quentin and Julia centric, who, unfortunately just never caught my interest so much, and even with these two, the back and forth between present and Julia's past did nothing for me.
I often found myself not paying attention and being rather confused when I did again because of thos hopping about. I am now uncertain whether I will listen to the third book at all.