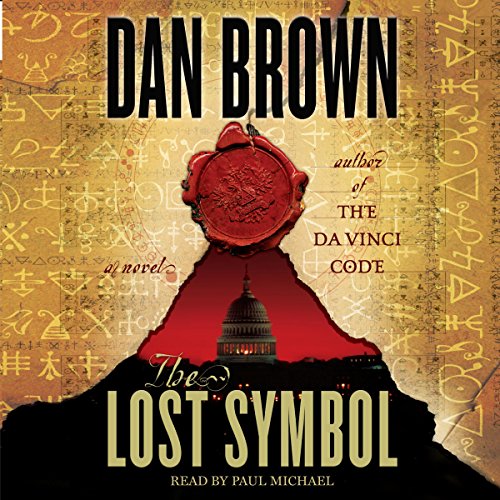 The Lost Symbol, the stunning follow-up to The Da Vinci Code, is a masterstroke of storytelling - a deadly race through a real-world labyrinth of codes and unseen truths...all under the watchful eye of a terrifying villain. Set within the unseen tunnels and temples of Washington, D.C., The Lost Symbol accelerates through a startling landscape toward an unthinkable finale.

Harvard symbologist Robert Langdon is summoned to deliver an evening lecture in the U.S. Capitol Building. Within minutes of his arrival, the night takes a bizarre turn. A disturbing object - artfully encoded with five ancient symbols - is discovered in the Capitol Building. The object is an ancient invitation, meant to usher its recipient into a long-lost world of hidden esoteric wisdom. And when Langdon's mentor Peter Solomon - prominent Mason and philanthropist - is kidnapped, Langdon's only hope of saving Peter is to accept this invitation and follow wherever it leads him. Langdon finds himself plunged into a clandestine world of Masonic secrets, hidden history, and never-before-seen locations...all of which seem to be dragging him toward a single, inconceivable truth.

The Lost Symbol is exactly what Dan Brown's fans have been waiting for...his most thrilling novel yet.

"[I]mpossible to put down....Mr. Brown was writing sensational visual scenarios long before his books became movie material. This time he again enlivens his story with amazing imagery....Thanks to him, picture postcards of the capital's most famous monuments will never be the same....In the end it is Mr. Brown's sweet optimism, even more than Langdon's sleuthing and explicating, that may amaze his readers most." ( The New York Times)
"Thrilling, entertaining....Robert Langdon goes for another roller-coaster ride - this time in a hunt for a Masonic treasure in Washington, D.C." ( Los Angeles Times)