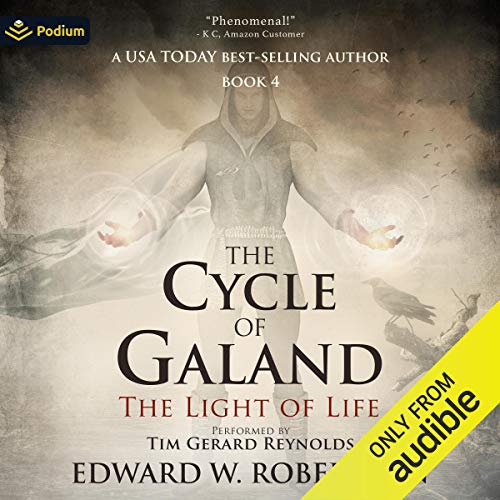 The Light of Life

After a year of fighting across three different lands, Dante and Blays have finally brought Gladdic to justice - and in the process, they've unleashed a horror beyond all reckoning.

The enemy is known as the White Lich. He is ancient. He is immensely powerful. And Gladdic believes he will soon enslave all of Tanar Atain.

Their only chance to defeat him is to strike fast, before the lich has regained his power. But attacking him directly would be suicide. Instead, Gladdic has an alternative. Once upon a time, the lich was human, with a mortal body. Gladdic believes that original body is still out there, hidden somewhere in the swamps.

If they can find it and kill it, then the lich should die with it. But if they fail, the White Lich will rip the souls from the people of Tanar Atain - and turn his gaze on the rest of the world.