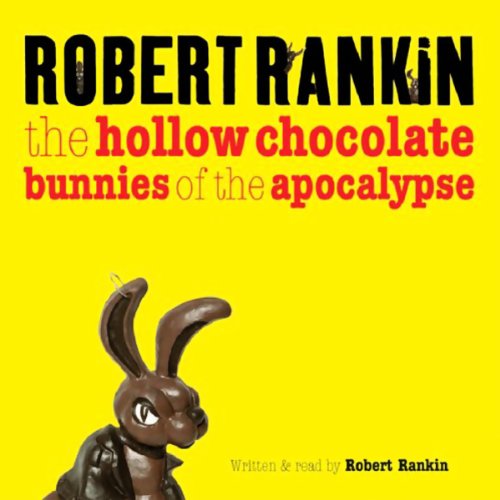 The Hollow Chocolate Bunnies of the Apocalypse

Once upon a time Jack set out to seek his fortune in the big city. But Jack gets a bit lost on the way, and when he finally comes to a big city, it is Toy City, formerly known as Toy Town. And there is a serial killer loose upon the streets.

One by one, the old, rich nursery rhyme characters, who made their millions from the royalties on their best-selling rhymes, are being brutally slaughtered. The Toy City Police are getting nowhere. Bill Winkie, Private Eye, has also mysteriously vanished, leaving only his sidekick, Eddie Bear, to take care of business.

But Eddie's ready to take on the challenge and when he teams up with Jack, the two set out on a epic adventure. Not to mention a lot of heavy drinking, bad behaviour, fast car chases, gratuitous sex and violence, bizarre toy fetishism, and all-round grossness. Of a type not normally associated with Toy Town.