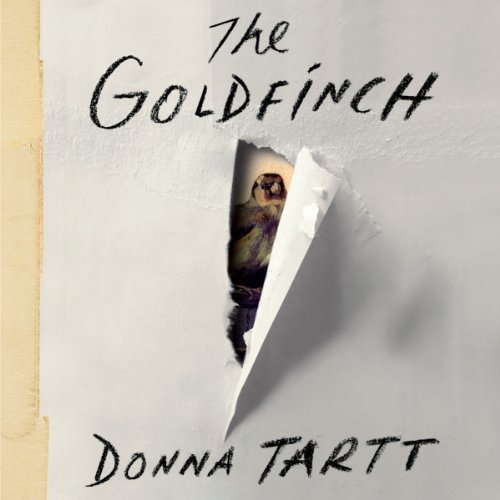 Thirteen-year-old Theo Decker is taken in by a wealthy family following an accident, but misses his mother terribly. Action & Adventure he grows up, all he has to remind him of her is a small, very beautiful painting which, while of enormous sentimental value to him, is also sought by all kinds of unsavoury characters. Donna Tartt’s third novel, The Goldfinch, is part thriller, part coming-of-age novel, all mystery. The audiobook is narrated by the theatrical actor David Pittu, handpicked by the author, and is available from Audible.

Winner of the Pulitzer Prize For Fiction 2014

Aged 13, Theo Decker, son of a devoted mother and a reckless, largely absent father, survives an accident that otherwise tears his life apart. Alone and rudderless in New York, he is taken in by the family of a wealthy friend. He is tormented by an unbearable longing for his mother, and down the years clings to one thing that reminds him of her: a small, strangely captivating painting that ultimately draws him into the criminal underworld.

As he grows up, Theo learns to glide between the drawing rooms of the rich and the dusty antiques store where he works. He is alienated and in love - and his talisman, the painting, places him at the centre of a narrowing, ever more dangerous circle.

The Goldfinch is a haunted odyssey through present-day America and a drama of enthralling power. Combining unforgettably vivid characters and thrilling suspense, it is a beautiful, addictive triumph - a sweeping story of loss and obsession, of survival and self-invention, of the deepest mysteries of love, identity and fate.

Donna Tart's epic tale of a boy's life, shattered by date in so many ways, and saved by himself, his friends, and the love for a painting, is a powerful novel. the characters are original and vibrant, and the love for art that pervades everything is rarely found as a main thread. (Boris is my real hero, btw!) But the greatest aspect of this work is its presentation -- David Pittu effortlessly owns the many different characters, and he makes them all come alive in there very own way, without ever even tending to dominate the story itself. His work is as brilliant as it is subtle. Overall, a quite long work, but one that deserves the time we dedicate to it.

Amazing how someone can lift this outstanding novel to an even higher level by reading it as Pittu does! You grow close to all the characters of the sfory and they will become part of your life as you dive into Theo Decker's story.

I've just finished listening. I can't find better words than it is just brilliant. Can't find a single thing I didn't like or admired about it.

great Story... the speaker grinded in my nerves

i had to stop listening as I did not like the speaker. way to overemphasizing for my taste. am now listening to the German Version....much better.

Impressive characters voice play. Miserable Russian pronunciation.
The book is great, so well researched and the character of "Russian" Boris is so authentic, I was really impressed. Full of surprising turns of events and very well written.

Very long and I don't mean just the book

While I enjoyed the general idea of the story the almost stream of consciousness style writing and the endless monologues (within dialogues) made it very difficult to not lose focus. It took me 5 months to finish this because I never felt I had enough energy to actually concentrate on it for long periods of time.

I also in general enjoyed the reader, however the (fake) Russian accent was exhausting to listen to (especially during the monologues).