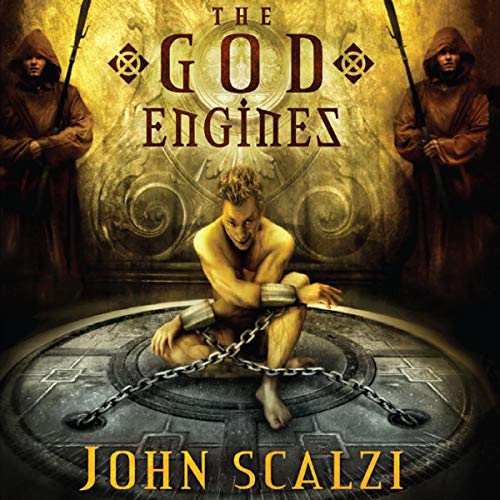 Captain Ean Tephe is a man of faith, whose allegiance to his lord and to his ship is uncontested. The Bishopry Militant knows this — and so, when it needs a ship and crew to undertake a secret, sacred mission to a hidden land, Tephe is the captain to whom the task is given.

Tephe knows from the start that his mission will be a test of his skill as a leader of men and as a devout follower of his god. It’s what he doesn’t know that matters: to what ends his faith and his ship will ultimately be put — and that the tests he will face will come not only from his god and the Bishopry Militant, but from another, more malevolent source entirely....

Author John Scalzi has ascended to the top ranks of modern science fiction with the best-selling, Hugo-nominated novels Old Man’s War and Zoe’s Tale. Now he tries his hand at fantasy, with a dark and different novella that takes your expectations of what fantasy is and does, and sends them tumbling.

Say your prayers... and behold The God Engines.