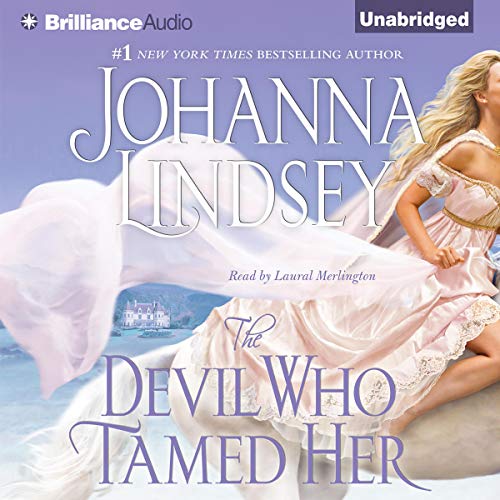 The Devil Who Tamed Her

Ophelia Reid is an incomparable beauty with a reputation for starting rumors and spreading them. Having purposely wrecked her engagement to Duncan MacTavish, a future marquis, which her social-climbing father arranged, Ophelia wants to return to London's marriage mart and make her own choice of a wealthy husband.

But on her journey home, something unexpected happens. The heir to a dukedom, Raphael Locke, Viscount Lynnfield is - in spite of his disinterest in marriage - the most sought-after young lord in England. He instantly disliked Ophelia when she caused a scandal to avoid marriage to his friend MacTavish, but having comforted her in a tearful moment, he begins to wonder if she's not all bad. So when MacTavish claims that Ophelia will never be anything but a spiteful beauty, Rafe bets his best friend that he can turn her into a kind-hearted lady who will one day make a good match, just not with him.

With her parents' blessing, Rafe commandeers Ophelia's coach and whisks her - chaperoned, of course - to his remote estate in the countryside. There, as he tries to show his furious, sharp-tongued "guest" the error of her ways, he discovers the surprising reasons for her bad behavior.

Soon his daily lessons with Ophelia take effect and he finds himself irresistibly attracted to her. When Rafe champions the new and improved Ophelia's re-entry to London society, marriage proposals pour in. Only then does Rafe start to wonder whether he hasn't gone and fallen in love with Ophelia himself.

"In her latest elegantly sensual Regency historical, Lindsey deftly brews up a particularly potent blend of sexy chemistry between her expertly matched hero and heroine while skillfully constructing a neat and witty plot." ( Booklist)

Das sagen andere Hörer zu The Devil Who Tamed Her