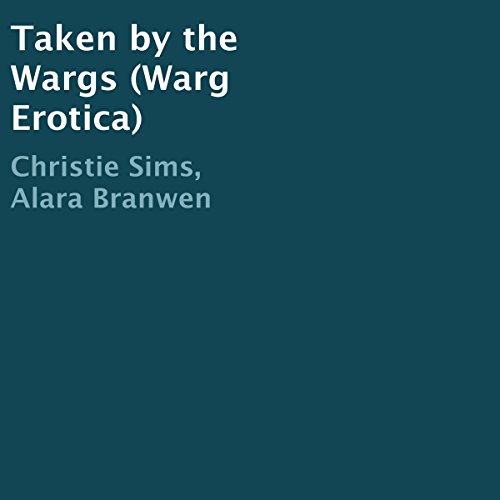 Taken by the Wargs (Warg Erotica)

As a young maiden in a small village, Vanya was expected to act a certain way. No longer could she run out into the fields or accompany men on their hunts. She was expected to stay within the confines of the village. So, when the opportunity to go along with a few men on an ermine hunt presents itself, she quickly jumps on the opportunity.

Things are slow and uneventful, until the hunting party hears a howl in the distance. Vanya thinks it's a wolf. However, one hunter tells her the sound didn't come from a wolf, but a warg, a massive wolf that could take a man's head with its powerful bite.

A pack of the creatures attack and Vanya boldly sacrifices herself so the men can escape. She finds herself captured by the creatures. What do these powerful beasts want with her? Is she to be their next meal? Or do they have something else in store for her?